The history of moving in Alsace 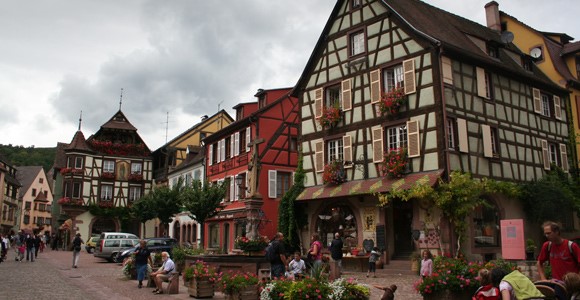 Alsace on the move!

The art of moving is a profession that is almost as old as the world itself. Indeed, the first prehistoric humans regularly transported their habitat during migrations in search of better land or simply to protect themselves from potential aggressors. Once they arrived in their new land, they received part of the land or could keep part of the things they carried instead of exchanging them with others. The moving system has, of course, evolved a lot, but you realize that the urge to go from point A to point B has always been there. But what about in Alsace precisely? Has the region experienced a lot of relocations due to migration? Or wars?

A little history of Alsace

To better understand migratory movements in Alsace, it is important to understand a little of its history. We then realize that the region has always been subject to migratory movements, for political, economic or societal reasons. The history of Alsace is a turbulent one. The region has a very rich cultural and architectural heritage, between its fortified castles, fortifications, churches, the famous Maginot Line as well as other vestiges of the 2nd World War. It was in 58 BC that Alsace began to be talked about with the help of the Romans. During the 5th century, Alsace was invaded by the Alamans, who were quickly succeeded by the Merovingians. They wish to reorganize the region with the help of the Church. Around 630 AD, the name “Alsace” fell into disuse. The region then becomes a duchy which will be dissolved 100 years later. Its separation still corresponds to the 2 current departments, namely Bas-Rhin and Haut-Rhin. The population is already starting to migrate from one “department” to another and the first mass moves are being observed.

The Middle Ages in Alsace

During the 11th century, the Ottonian Empire created the Germanic Empire, Alsace then became an important center of the said empire. Also during this same period, Pope Leo IX – who is an Alsatian – modernized the Church. At the same time, during the centuries that followed, Alsace experienced a real transformation of its geographical axes and its economic activity, pushing the inhabitants to go to towns like Haguenau, founded in the 12th century. During the 14th century, 10 of the largest Alsatian towns became free and united. This is called the Decapolis. This is also when Gothic art explodes in the region. Strasbourg Cathedral becomes a flamboyant example. For all these constructions, these religious buildings as for the buildings, the region needs workers. It was then that Alsace experienced another wave of migration and, consequently, of relocations.

The 16th to the 19th century in Alsace

Between the 16th and 19th centuries, Alsace became the crucible of Humanism in Europe as well as of reform. On the one hand, the Lutheran theses are very successful. On the other hand, the renaissance in Alsace is developing at high speed. The architecture of cities, public buildings, but also bourgeois houses can further testify to this. In 1648, the Thirty Years’ War interrupted this tremendous prosperity, the region was then devastated. Peace intervenes thereafter by causing the end of the integration of the Alsatian province into the Kingdom of France. The Rhine becomes a natural border. At the time of Napoleon I, Alsace was a region which provided large numbers of men and supplies for the army. 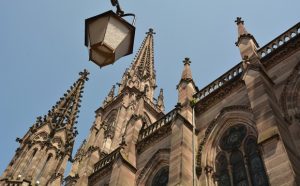 After a major economic crisis, Alsace adapts its economy to come out of the recession and makes good use of the industrial boom. The modernization of cities and the economy is starting again. Crowds continue, with workers heading to major cities to participate in the ongoing modernization.

The 20th century in Alsace

During the twentieth century, when the region returned to the fold of France in 1918, Alsace benefited from a special regime. Subsequently, the 2nd World War established the Nazi regime. People move, migrate as much as they can to escape German oppression. A few years after the end of the war, the Alsace Region, now part of the Grand Est, received the construction of the Human Rights Palace. The Council of Europe as well as the European Court of Human Rights now sit in Strasbourg. This city, like Geneva, is the only city in the world to host the official seats of international institutions without being a capital. The second half of the 20th century saw the Alsatian population move once again, taking advantage of the thirty Glorious Years as in the whole of France. Alsace then placed itself at the heart of Europe, becoming a crossroads of populations and professional activities.

As we have seen throughout the history of Alsace, this region is strongly marked by migratory movements, being at the crossroads of several countries. Even today, Alsace is a land with a strong identity that attracts and seduces. Composed of two departments, it occupies an area of 8,300 km² with nearly 1.8 million inhabitants. The population density varies by 0.66% on average, usually due to the relocation of new inhabitants to the region. Today, the most populous cities in Alsace are Strasbourg, Bischheim, Kingersheim, Saverne, Ostwald, Mulhouse, Illkirch-Graffenstaden, Guebwiller, Colmar, Saint-Louis and Cernay to name only the most important. 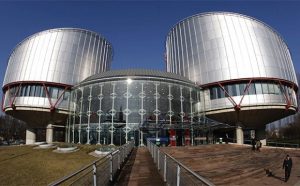 Why move to Alsace?

The region is full of cultural gems, an extremely rich heritage and a thousand-year-old history that has shaped its landscapes and its people. Through different tourist spots, you will notice that Alsace has a very strong identity. This is an opportunity to discover a wonderful region that can be explored by car, bike or on foot (for hiking enthusiasts). The various natural parks such as that of the Ballons des Vosges or the De Dietrich nature reserve will convince you.

The particularity of dismountable Alsatian houses

In Alsace, because of the many migratory movements and because the population was always ready to move if necessary, she left with her entire house, including the building itself. This singularity of dismountable Alsatian houses is unique in France and in Europe. The traditional Alsatian half-timbered house is the work of a carpenter whose main activity is in the workshop. The assembly of each house takes a few days on site. This is certainly a spectacular operation, but quite rapid. 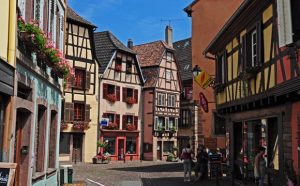 Did you know that the traditional Alsatian house is not considered as real estate, but as movable property? So, moving with your house is not something out of the ordinary in this region. If you plan to move like nearly 30,000 households each year in Alsace, it is important to surround yourself with knowledgeable professionals. This is the case with A.D.C Déménagements which offers you its services and quality services so that the transport of your belongings and your move take place in the best conditions. Do not hesitate to contact them for a serious and reliable quote.

The concept of shared moving (Groupage)

Here is another singularity that is the pride of Alsatians. While moving professionals sometimes charge prices that are too high, others have understood the importance of sharing transportation to keep costs down. Thus, it is possible – depending on the formula chosen with the desired mover – to actively limit the costs associated with the move while the company finds its way there by applying groupage coefficients. The concept of shared moving works very well in Alsace. This formula, in fact, makes it possible to reduce the cost of your traditional move by nearly 65% depending on the destinations chosen. Moving is a profession, it requires real know-how and that is why a company like A.D.C Déménagements offers you all its knowledge and expertise so that the moving offer is the most appropriate to your needs. With A.D.C Déménagements, all your furniture is insured. You just need to make an online quote using a calculator on the site to get a quick and precise idea of the cost of your move to Alsace. Several solutions are then offered to meet all your needs: transporting your belongings, organizing the furnishing of your future home, protecting old furniture, insured transport and support. Call on a moving professional to move your belongings to Alsace. Reservations on the A.D.C Déménagements website are simple and direct, and in complete security. You will then have the advice and experience of professionals who are committed to helping you and making your move as pleasant as possible. From the first call to the company until the end of your installation in your house or apartment in Alsace, A.D.C Déménagements offers quality and 100% personalized service. If you have any questions, advisers are available to you. Moving to Alsace has never been so easy and efficient with A.D.C Déménagements.